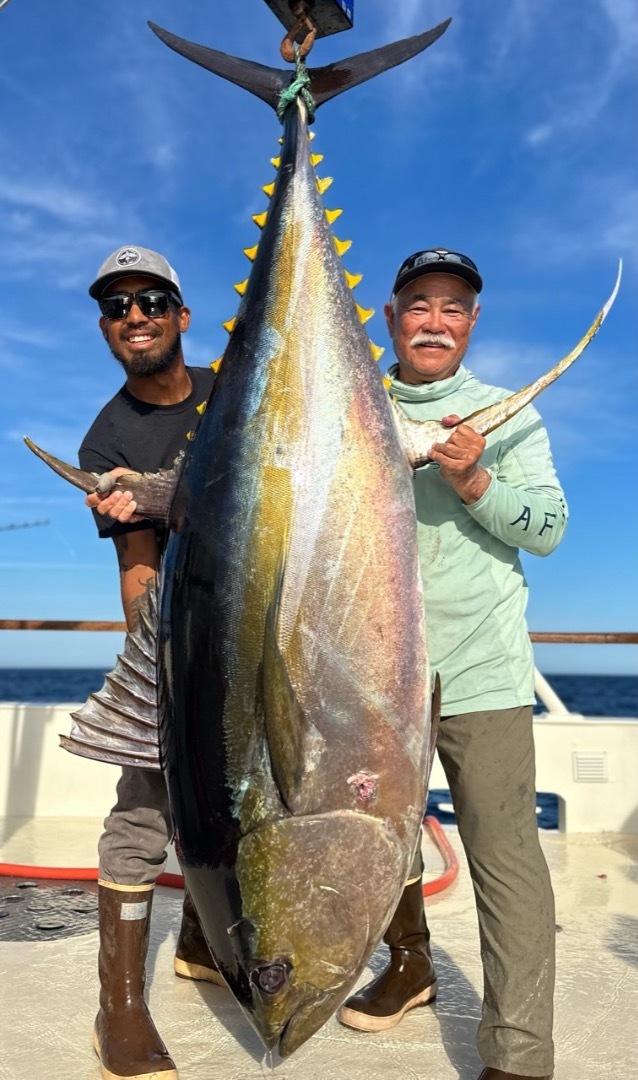 One for three on jumbos stung a bit and proved, once again, that even the best of the best are pushed to the limit by giant yellowfin tuna. They are big, mean, and determined to make their tormentors pay. And they do an excellent job of just that. Again plenty of afternoon sign energized all of us as big bastards rolled around the boat and flew from the water in taunting displays of presence. One hundred percent effort produced some chances and plenty of excitement. In the end Kenny Higa, another long time Royal Star veteran and fantastic angler to share the rail with, claimed victory over this beautiful 265 featured as today's image with Captain Alex Natipadab.